The key aim of the project is to create a functional, uplifting space for housing based on the characteristics of Orłowo; this is resultant in the spatial model of the building being a modernist villa with a roof terrace, situated on a fenced plot and surrounded by greenery.

The urban layout of the complex was designed to resolve the problem of noise from the side of Zwycięstwa Avenue – Office and service buildings along the avenue create an acoustic barrier for the residential buildings located inside.

An important element of the concept is both the existing, and landscaped greenery. The fragmentation of the designed development allowed to save many of the trees growing on the plot. New plantings were proposed along the main pedestrian routes, at playgrounds and along parking spaces. The proposed concept also retains dense high greenery along the Zwycięstwa Avenue, which together with the office and service development, is an additional element of the acoustic barrier to the housing estate.

The design of the buildings refers to modernist architecture, and in details to Gdynia. Cubic, white solid buildings were enriched with rounded corners accentuating the entrance zones. Terraces above the last storey were crowned with frames that in the summer act as a shading element, and take inspiration from forms encountered over the highest decks of luxury passenger ships. In reference to the seaside vernacular of the location, fencing around groups of buildings have been designed with forms similar to that of ship’s railings. 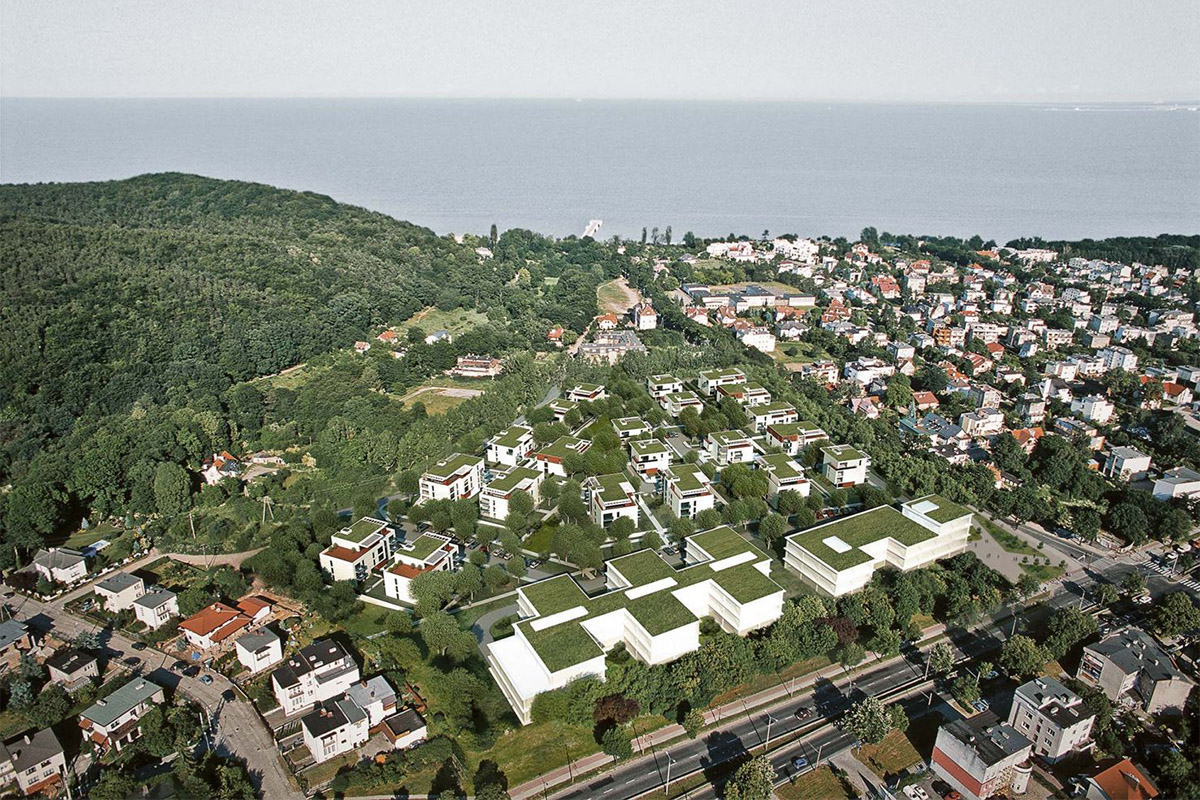 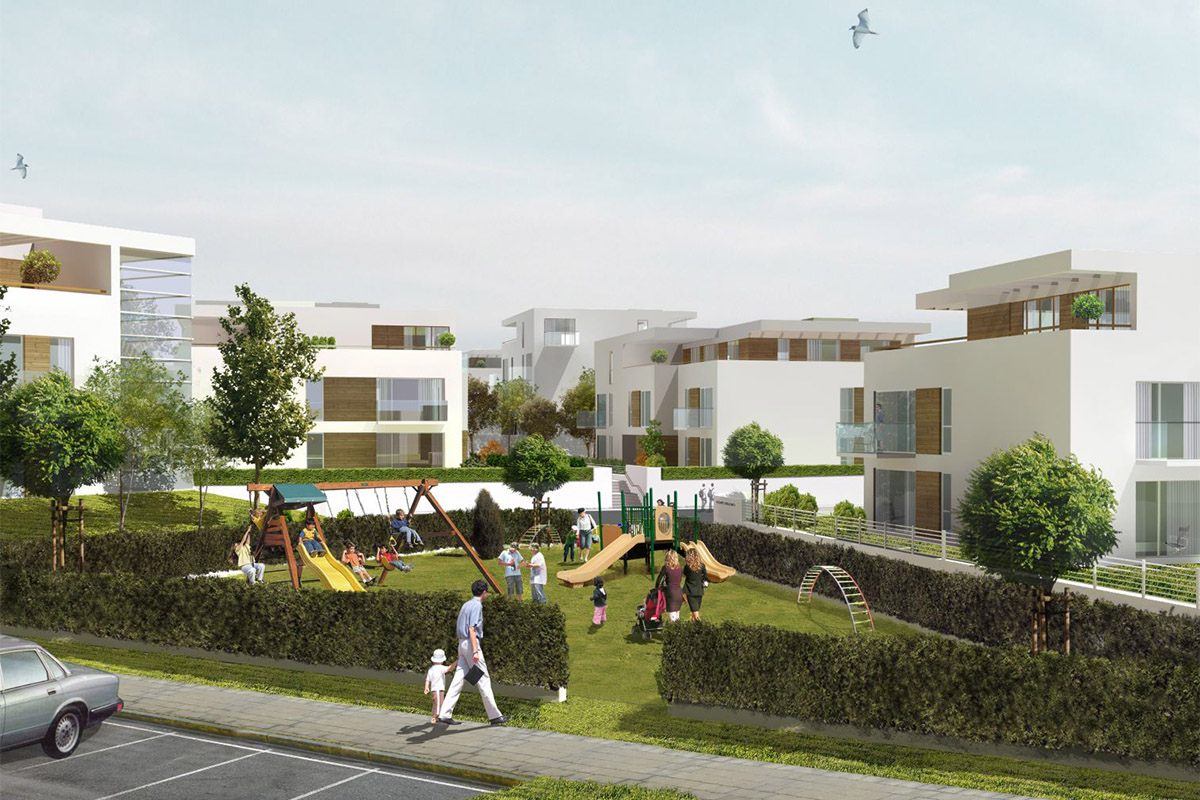 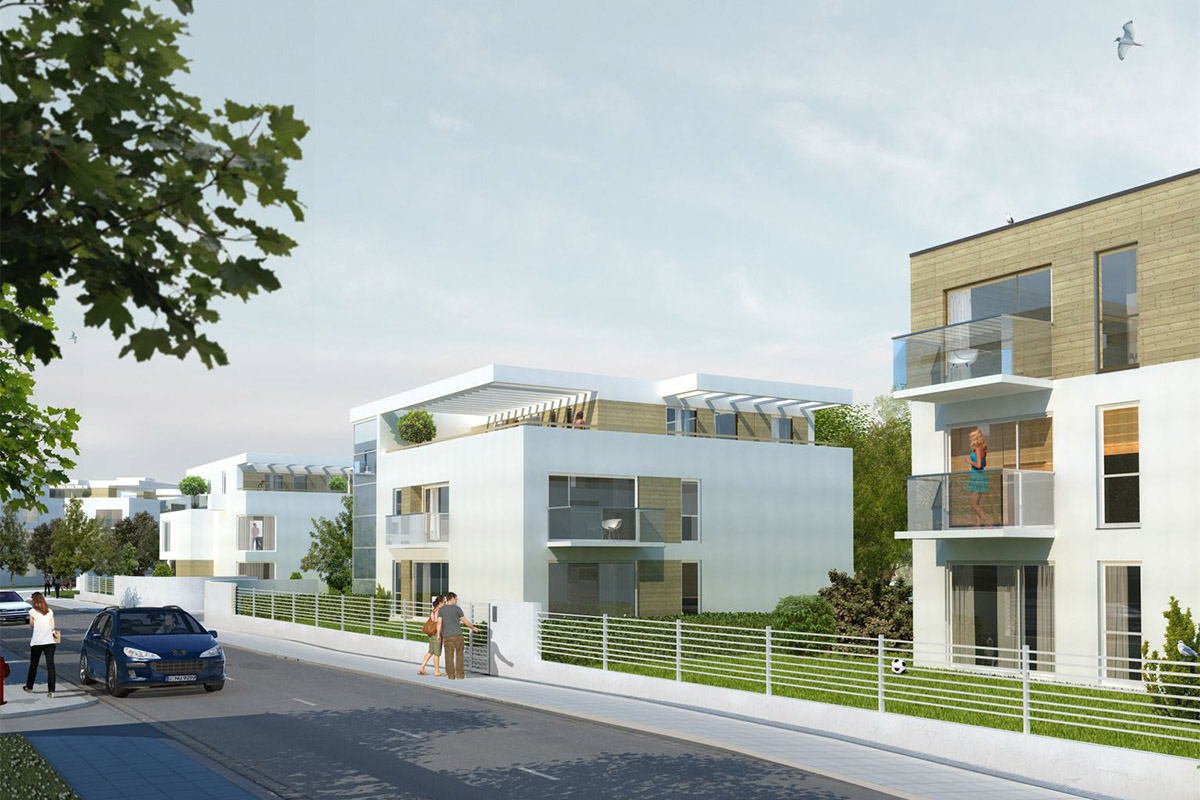 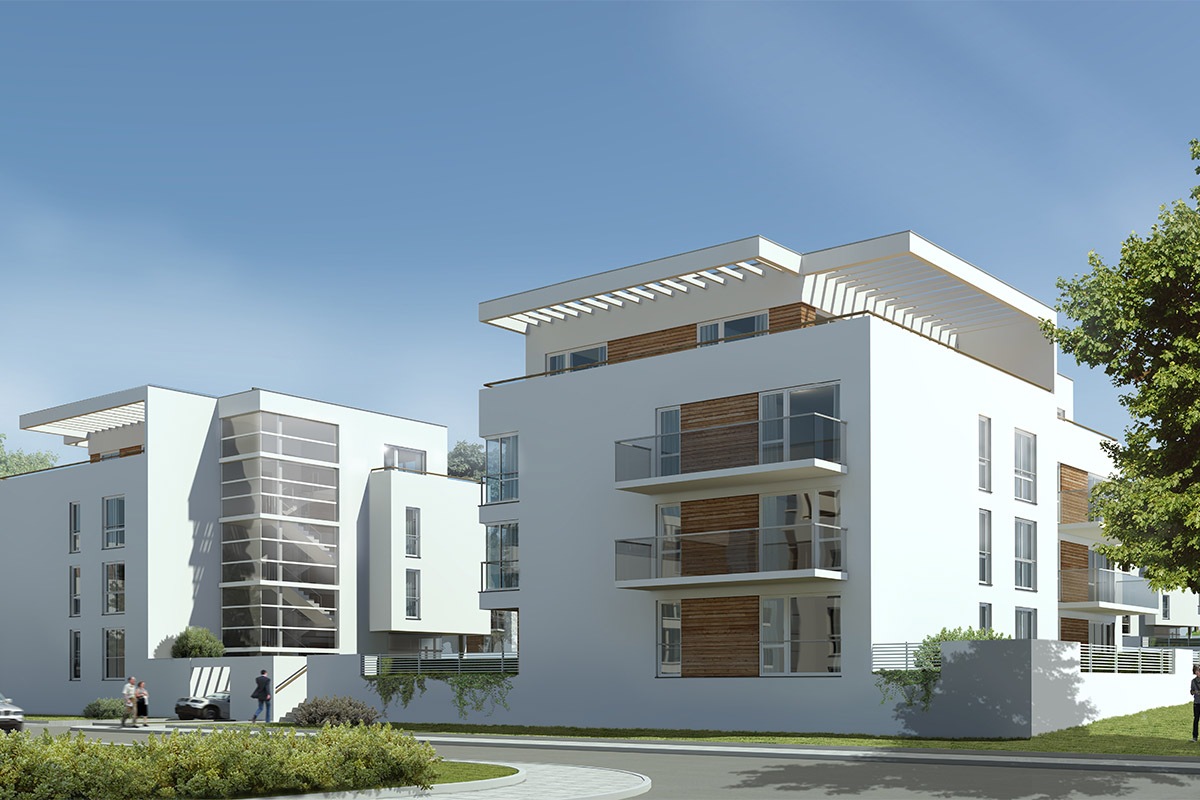 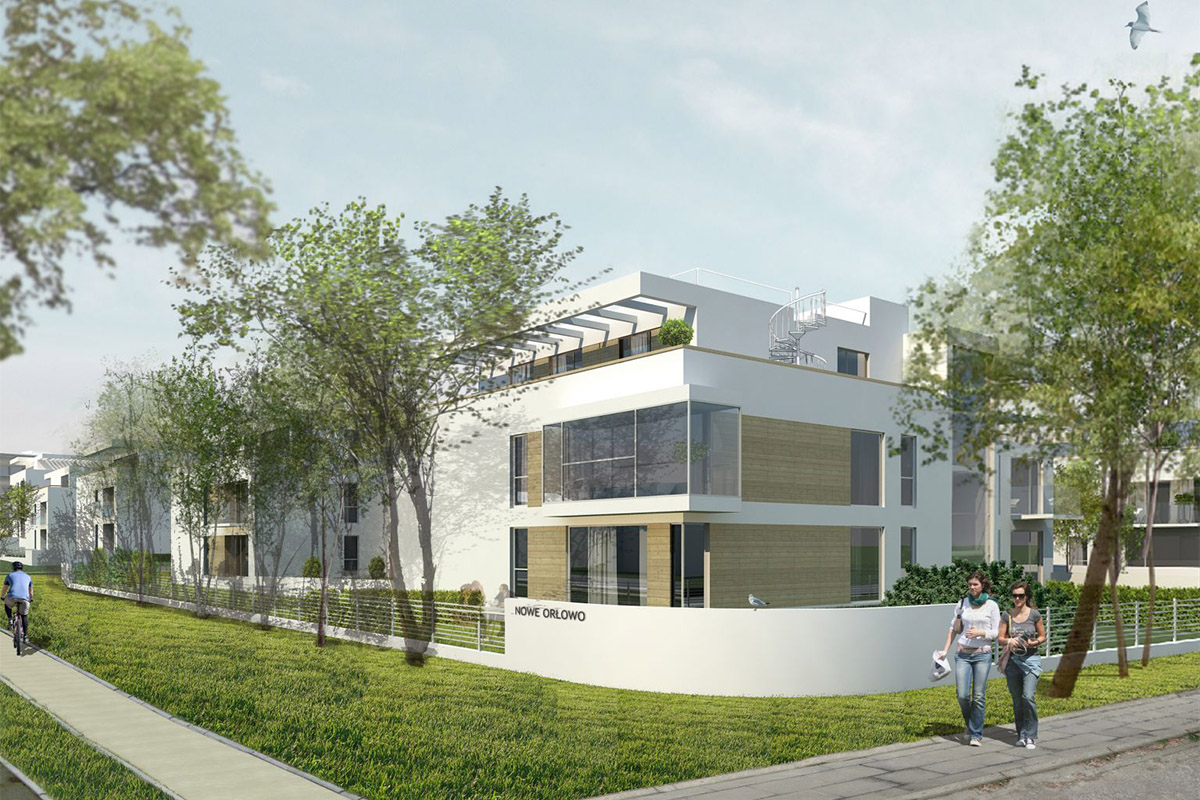