The proposed development creates a new and vibrant intervention in the city’s landscape, one which will enliven and bring to life this area of the city. The new urban living destination will also act as a catalyst of redevelopment to the east and west of the site.

The southern approach to Glasgow on the M8 provides a key view towards the proposed buildings and has determined, in part, the form and massing of the development. The taller corner elements of each block act as visual markers on the site and create a sense of identity. A public square on the south will add activity and animation to the street frontage.

The space between the buildings and permeability through the site is a key component in the underlying concept of the site layout. The linear park extends fully along the length of the site, providing a buffer between apartment buildings and the bridge and giving the city a significant urban park. The large courtyard spaces are considered to be more private amenity and recreational areas primarily for the residents.

The site plan is developed from a rational orthogonal grid resulting in clearly defined buildings zones, soft and hard landscape zones and transitional pedestrian routes. The proposal stitches into its context and the urban fabric of the city, the landscaped urban park to the east responds directly to the imposing M8 Bridge whilst the apartment blocks on the west of the site reinforce the edge of Warroch Street. 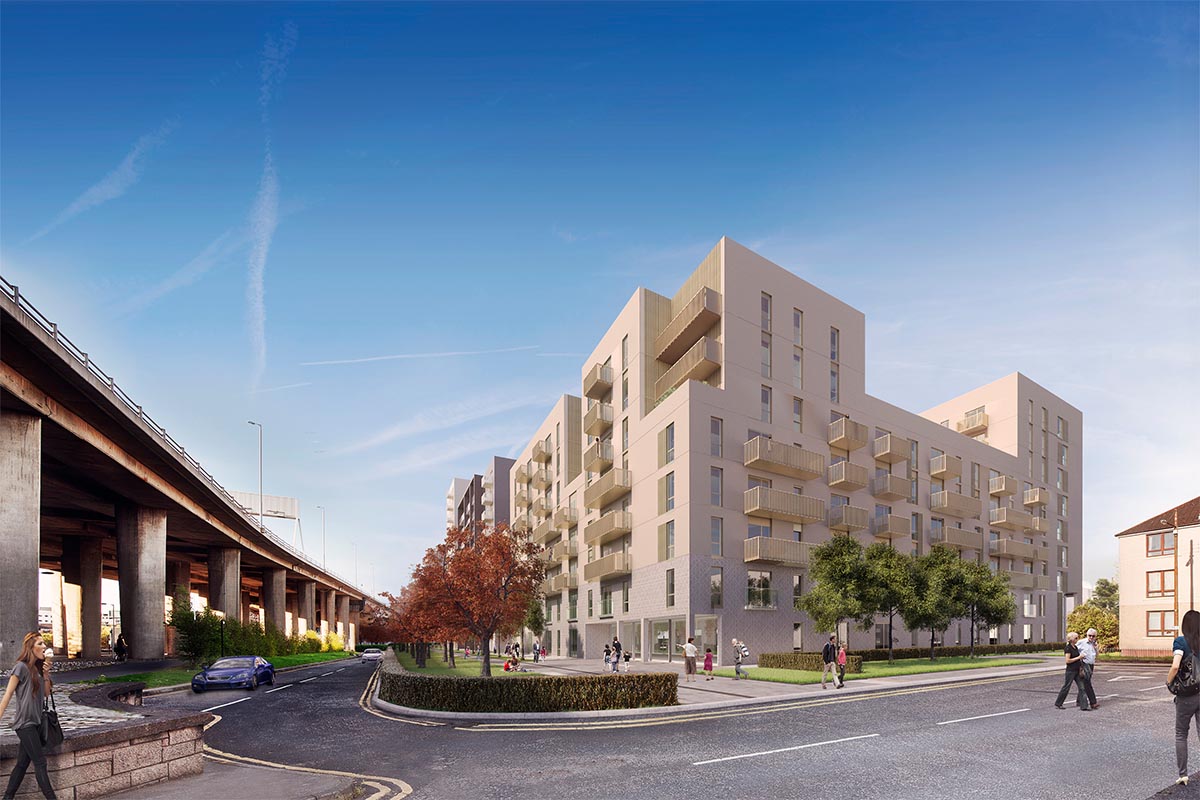 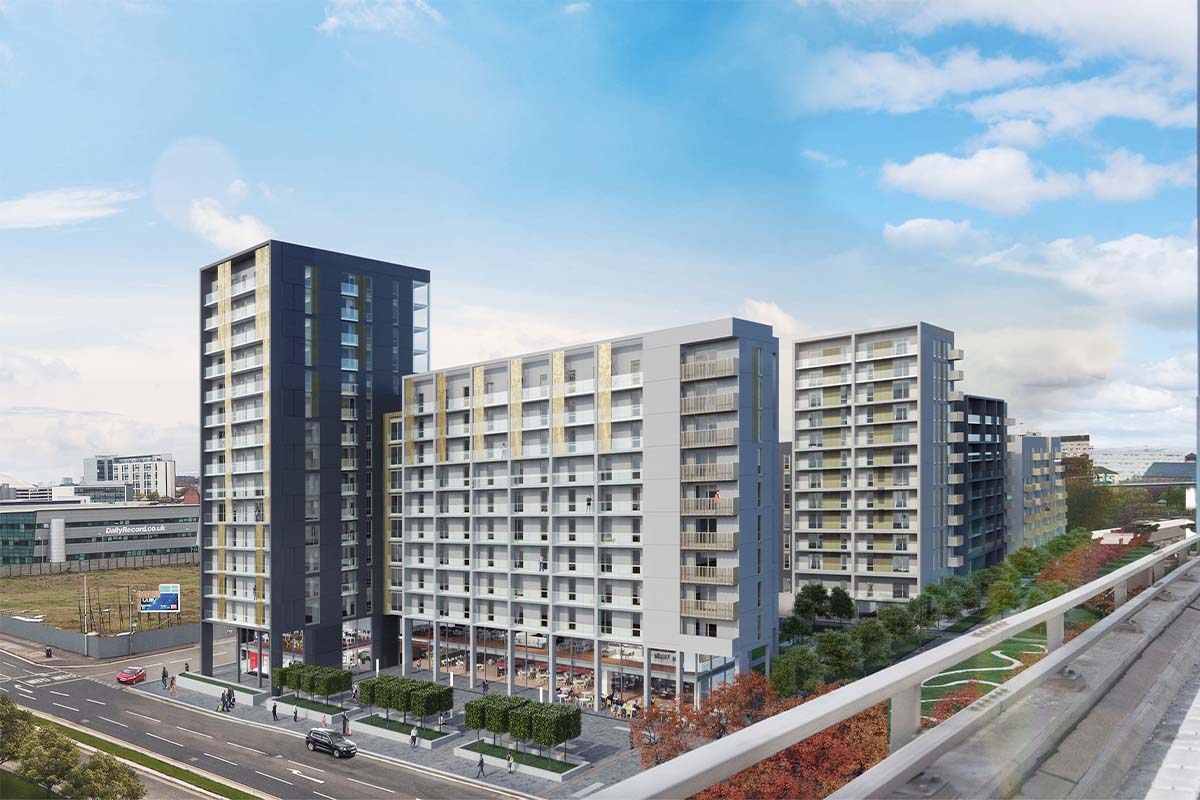